ColdFusion: It’s Not Dead! It’s Alive and Here to Stay!

ColdFusion: It’s Not Dead! It’s Alive and Here to Stay!

It’s been over two decades since ColdFusion made its way to the developer community. With thousands of programming languages, ColdFusion is still alive and thriving. So, what makes it special? Why do developers still prefer ColdFusion for web and app development? The answers to these questions lie in the language’s syntax.

Unlike other programming languages, ColdFusion is tag-based. It’s easy to use and can be the backbone of numerous development modules and functionalities. As such, it’s the preferred choice for any experienced developer. Moreover, in today’s digital world, ColdFusion wins the race with a key benefit. Security!

As compared to other programming languages, ColdFusion acts as an impenetrable digital fortress. Several ColdFusion versions come with built-in high-end security capabilities. In cyber security, no other language supersedes the authority that ColdFusion has enforced over the years.

Quite popular among the developer community, ColdFusion is used for several applications in a wide range of industries. Since it’s a Rapid Application Development (RAD) language, it allows developers to create appealing and secure websites.

In fact, ColdFusion acts as a website server, a platform, and a scripting language, all at the same time. Developers can use a certified Java platform to work on the development process while securing the server simultaneously.

With a crystal clear and empowered ColdFusion roadmap, combined with the launch of Adobe ColdFusion Family 2018, there’s no doubt that the popular programming language is here to stay.

Easy-to-Use and Built on Java:

Built on Java, ColdFusion web development platform uses the Apache Tomcat. While you get complete access to Tomcat and Java, it’s not necessary to hold on to these details. In order to write programs, developers interact with the user-friendly CFML or ColdFusion Mark-up Language.

For pages, ‘.cfm’ file extension will be used, while ‘.cfc’ will suffice for objects. The easy-to-use mark-up language requires significantly less infrastructure support than other Java-based platforms, thereby ensuring a faster and seamless development experience. 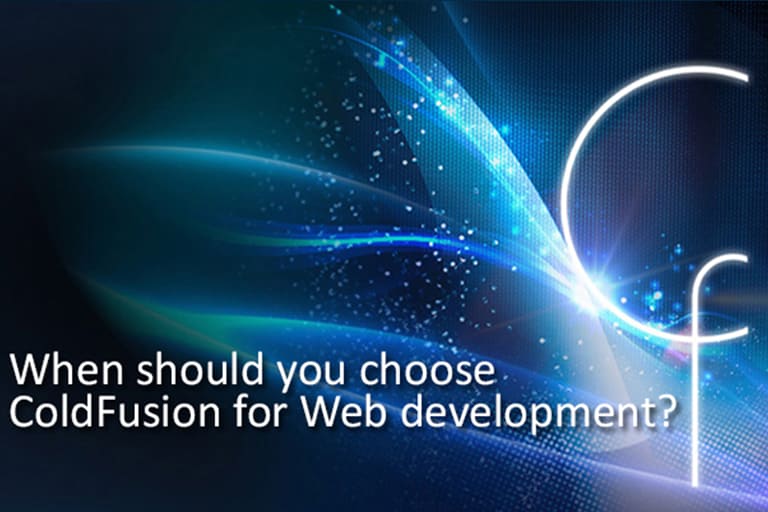 With some dynamic ColdFusion new features, you can now use an intuitive and cleaner interface. In the 2018 release of Adobe ColdFusion family, developers can choose from the Standard and Enterprise editions.

Though there are subtle differences, both ColdFusion versions come with a Performance Monitoring Toolkit, allowing you to optimize applications on an integrated and high-performing CFML engine.

Additionally, you can secure the development environment against malicious attacks and vulnerabilities. An Auto-Lockdown tool gives you the ability to detect threats and respond promptly. Some core language enhancements have also been made.