Quite recently it has been noticed that the latest upgradation carried out by the Adobe has put ColdFusion installers in a fix.

Java, which is a basic requisite for numerous Web Applications, faces certain consequences sometimes good and sometimes bad followed by any kind of updates being processed by Oracle at regular intervals. Such updates either lack proper security fixes or prevent an application being installed.

Just as in case with users, who want to install Cold Fusion 10 on Mac OS X. It has been widely noticed that the latest Java upgradation is preventing the Cold Fusion installer from getting launched on Mac OS X.

In June 2013, a broken security issue was detected and was however, fixed with a patch later on. During this period, users who had installed the broken Java update, being unaware about the patched version faced the above mentioned issue.

For users, who are getting the result as

The correct version for smooth running of the ColdFusion should be

To make sure if they have the required patched version, they should follow the below mentioned steps to execute the command. Have a look!

For Mac OS X users
People, especially with Mac OS X were the ultimate sufferers. In this edition, we offer solution to Mac OS X 10.6.8 users in this step by step method.

#Step 1
Open the hard drive on the desktop

#Step 2
Open Applications and then go to Utilities. Now click on Utilities and open the Terminal

After inserting the command, if you are getting result as

then you’ll have to manually download and Install Java.

In order to run your ColdFusion 10 effectively without any troubleshooting, your result should be this – 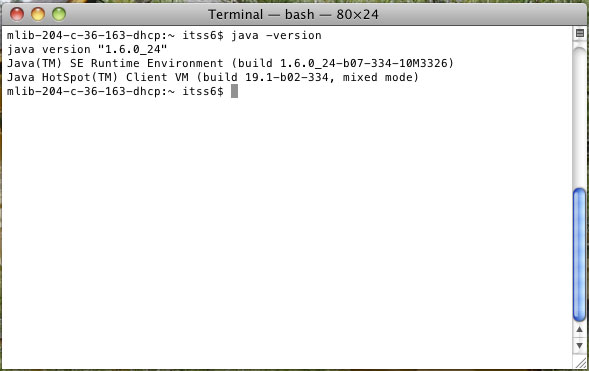 For Windows Users
The Windows users, who are facing the similar issue should enter command in an application known as Command Prompt.

#Step 1
Launch the command prompt via All Programs

#Step 2
Click on Accessories and then on Command Prompt. Here you’ll see the command prompt as

#Step 3
To ensure that you have the right version of Java installed, type java -version in the open tab. You’ll get this

It’s important that you see the number 1.6 or 1.5 for the Java version number

So, for Mac and Windows users, who are facing difficulty in launching ColdFusion latest versions in their systems should check for the following mentioned issue and fix it with the help of our above mentioned steps.

Apart from this, Adobe is in a fix again. Even though its Create Suit 9A0-317 products have been in force all these years, users still have no motivation to upgrade. This has ultimately resulted in a drop in the sale of the latest version as customers are not showing up any interest to buy them. This has threatened the brand’s revenue system for obvious reasons.

May be this is one of the major reasons, which prompted Adobe to shift from outright sale and ownership towards leasing provisions.