ColdFusion (CF) is based on JVM, a programming language, which supports templating and scripting. Its latest version comes with features that offer HTML5 support, social media integration, and security enhancements. For software development, CF requires an IDE (Integrated development environment), that consists of automation tools, source code editor, and debugger.

Not to be confused with code editors, IDEs can communicate with CF servers, introspect code, and offer hints based upon the code’s functionality. While there are multiple code editors for CF, there is only one IDE called ColdFusion Builder. This article focuses on both code editors and IDEs to allow you to choose the one that best suits your application development requirements.

ColdFusion Builder is a quick-loading IDE that helps develop, debug, test, deploy, and automatically detect code vulnerabilities. It comes with essential features such as step-debugging, server log viewer, variable and custom tag introspection, and server restart, along with an ability to view data from sources available on the CF server. While ColdFusion Builder is the best and only IDEs for CF development, it’s not free. Owing to this, most CF developers tend to use multiple CF editors to develop rapid web applications. 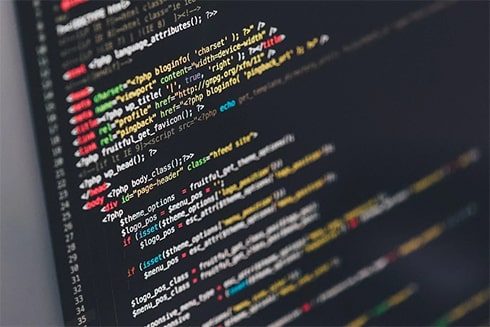 A plugin of the Eclipse platform, CFEclipse, is a code editor that resembles a professional IDE. It allows developers to use all the features that traditional CFML (ColdFusion Markup Language) editors provide along with a praser that checks for syntax errors in the code. Problems detected by praser get underlined in the code, making it easy for developers to spot and update. Apart from this, CFEclipse is an open-source project available for free!

Ideal for Windows, Linux, as well as Mac, Sublime Text is a code editor that works on every computer, irrespective of the operating system. It offers a cross-platform UI toolkit along with a powerful syntax highlighting engine. Available as a plugin for ColdFusion, it allows developers to edit with multiple windows and make multiple changes at once. While Sublime Text is known for its unmatched performance, it is not freedom-ware and copyrights any code created on its platform.

Although IDEA doesn’t claim to support ColdFusion development, CFML seems to be part of their application building software. One of the most prominent factors of IntelliJ IDEA is that it runs extremely fast on Windows, even when the device has multiple CFC FILES. The code editor highlights syntax errors and comes with interface customization. Along with this, IntelliJ has similar functionalities as CF’s official IDE, ColdFusion builder, but with a much better interface. While IntelliJ IDEA is one of the best code editors for CF, there is no knowing when IDEA stops supporting CFML development.

A one-stop solution to ColdFusion web development, ITLandmark offers services such as custom development, e-commerce integration, SEO optimization, payment gateways, security and PCI compliance, social media and API integrations, along with seamless CF upgrade. While the platform helps developers in creating CF web applications, it offers non-coders a place to get their CF websites created as per their custom requirements.